The lines in the facade of the DK85 building at Amsterdam’s Houthaven are like water waves. In doing so, the building does justice to its location.

The building is part of PVH campus, the new head office of PVH Europe (parent company of Calvin Klein and Tommy Hilfiger).

On the waterfront, protruding round bay windows made out of black panelling with glass balustrades have been installed.

Aldowa covered these bay windows with round and flat aluminium sheets. The aluminium outer ceilings and the cladding of the sloping part of the auditorium were also produced by Aldowa. 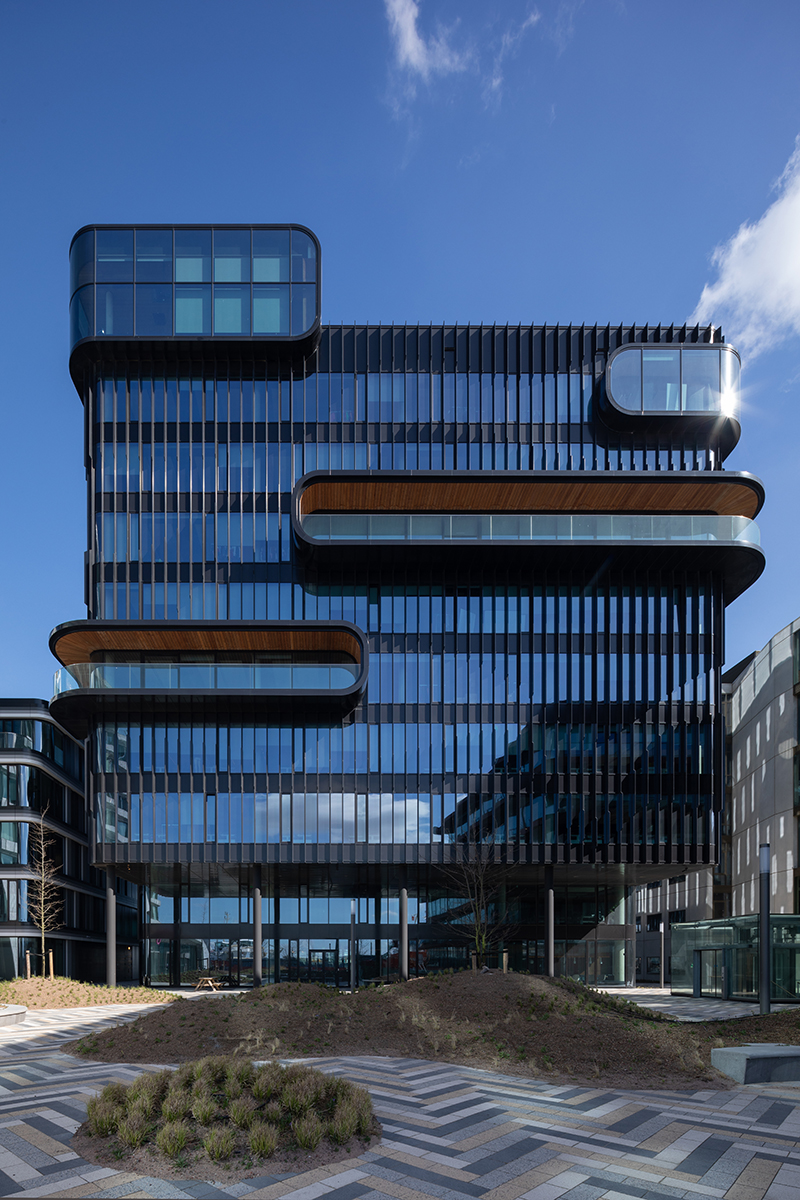 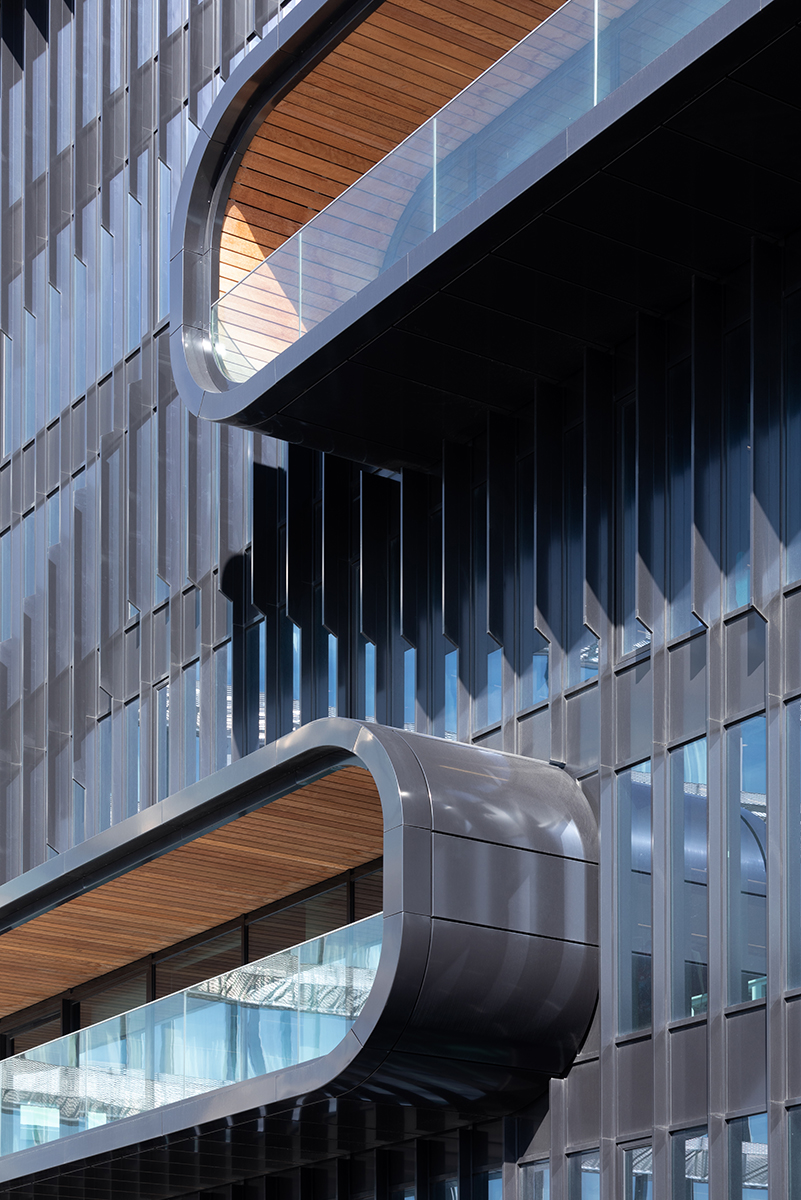 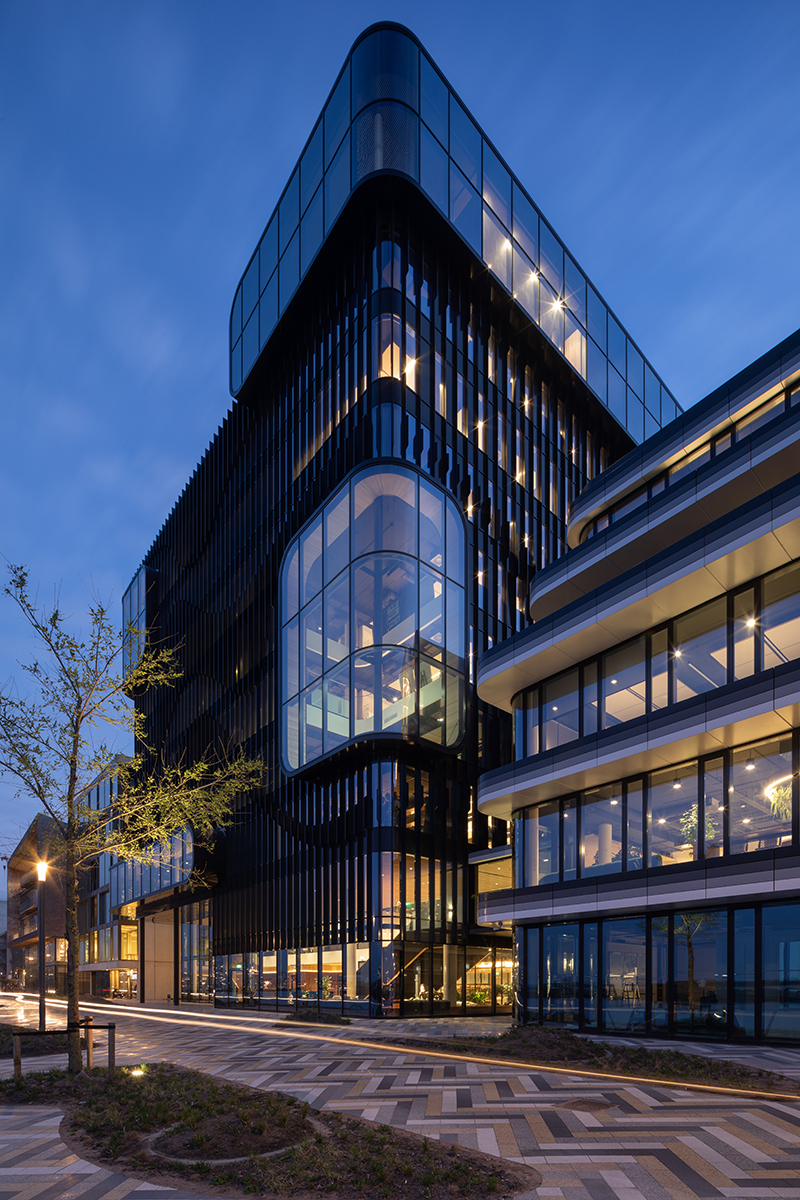 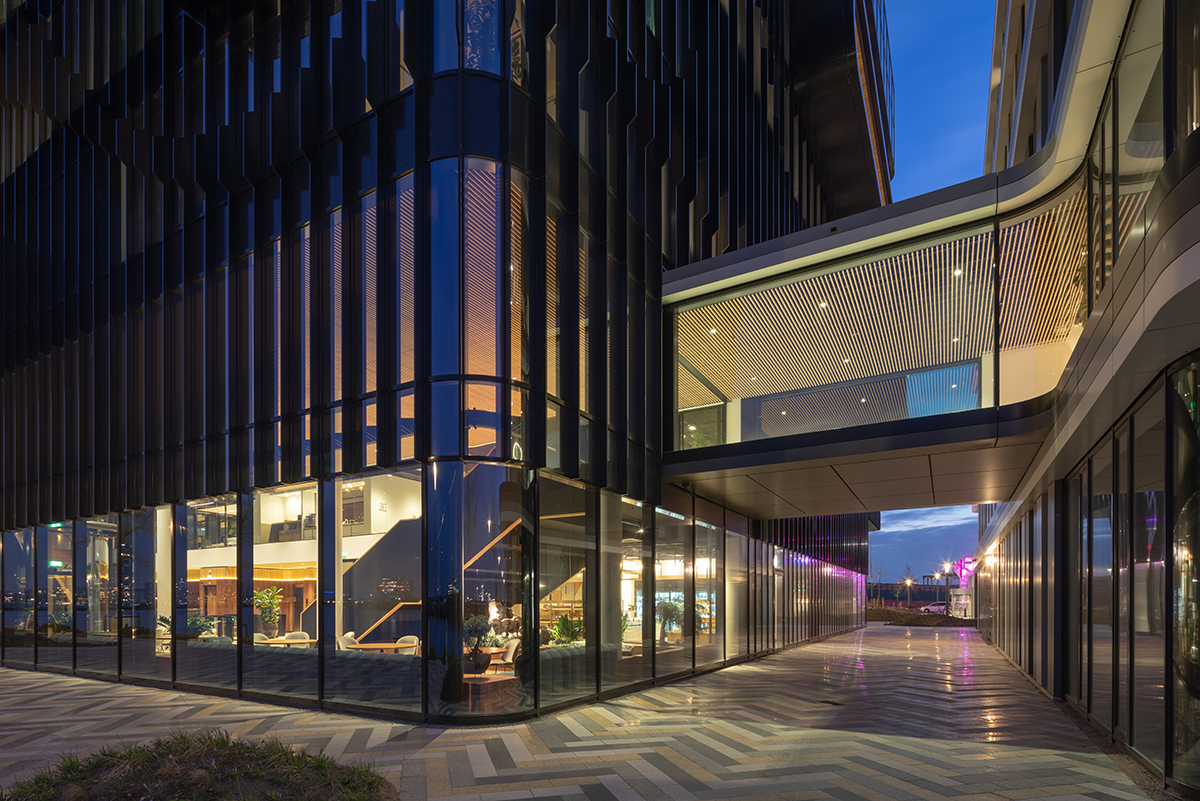